Everything in life comes to you as a teacher. Pay Attention. Learn Quickly
--Cherokee saying

One of my guilty pleasures is to pick up a People or Us magazine while walking on the treadmill at the gym. I really DON'T care about what Kim and Kanye are up to, but reading about the rich and famous is fairly entertaining.  In one of the magazines, as an alternative to the usual interview, they have a famous person tell things about themselves that we commoners might not know. Sometimes they are kind of interesting. At a group I belong to we sometimes play a game called Two Truths and a Lie, which is a similar way of getting to know people. I think it's an interesting exercise, so I thought I'd see what comes to mind.

Here are my 25: Things You Didn't Know About Me:

1. I once played on a womens' rugby team. I was a prop in the scrum and we had to tape our ears down so they wouldn't get yanked off.

3. I  met Elizabeth Taylor when I was about 8 years old and she looked at me and said, "Hello, Pussycat!"

4. I am descended from a well known French Huguenot named Susannah Rochet (same as me). When she was about 8 she stowed away on a ship to escape France and hid in a wine barrel. The ship's crew called her "Little Nightcap".

5.  I had an epiphany when I was in London and saw the painting, Charles I on Horseback by
Anthony van Dyck, up close, and I knew in that minute I had to spend my life being an artist.

8. I had stillborn twins when I was 5 months along (2 boys). The night before, my dad dreamt of 2 little boys who unclasped their hands from his, and walking toward the lake said, "you have to let us go."

10. In high school I was crazy about the Rolling Stones, especially Mick Jagger. After college I had
the opportunity to be backstage with them and got my picture taken. Mick Jagger really has a diamond in his front tooth, and bandmate Keith Richards goosed me with his pool stick.

11. I have kept a diary since I was 8 years old and learned to write.

12. I never took art classes in high school because I was intimidated by the weirdos in the classes.

13.  When I go into a store I have to start shopping on the right side first (maybe because I'm left handed).

14. My brother and I both talked in our sleep growing up. One night my parents stood between our rooms and witnessed a conversation we had with each other, although we were both asleep.

15. I read all of the time and usually have 5-6 books going at once. My favorite themes in novels are: prison, Victorian London, prostitutes, India, and World War II.

17. I dream of traveling to India. 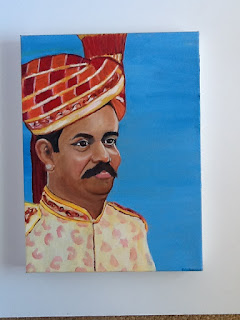 18. When I meditate I try to focus on a certain color. 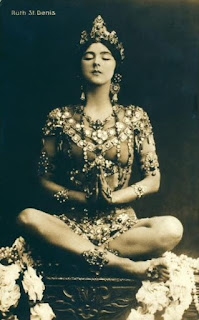 19.  I have an unnatural fear of being murdered in the bathroom at the movie theater.

20.  I am fascinated by memory and why we hold onto the things we do. (For example, I can still remember all of the song I sang in the 3rd grade play, but have no memory of being on the swim team for several years growing up.

21.  I love vintage photos, especially from the 1920s and try to imagine what was going to happen to the person after the photo
was taken, and what their story was.

24. I have a fear of spiders and my first three memories involve spiders.

25. I think that it is each person's responsibility to figure out why they are here on this earth and carry that out fully.


Posted by susannah at 8:07 AM No comments: Links to this post