I reject your reality and substitute it for my own.
--Adam Savage

I love serendipity (even the sound of the word). It is defined as "luck that takes the form of finding valuable or pleasant things that are not looked for." Is it coincidence? Probably not  -- if Serendipity is a form of your spirituality. Here's what serendipitously happened recently.


I've been reading a novel with a subtext about an elephant sanctuary, and that contains a lot of really cool elephant information, primarily about elephants and grief, as well as elephants' famous memories. For instance, the main character states:

I once saw an Asian elephant in Thailand who had been trained to do a trick. All the schoolchildren brought to meet him at the reserve where he was kept in captivity were told to sit in a line. Then they were asked to take off their shoes, and these shoes were jumbled into a pile. The mahout who worked with the elephant then instructed her to give the shoes back to the children. The elephant did, carefully weeding through the pile with her trunk and dropping the shoes that belonged to each child in his or her lap.
(Jodi Picoult, Leaving Time)

I'm sure this instance is based on fact, and there are a lot of examples in the book like the one above.
So I've been thinking about elephants a little bit, wondering how I can use some of the novel's information in my artwork...


Also, last weekend, a friend and I went to an Ashram for a yoga retreat, with an emphasis not only on yoga as a physical practice, but also the spiritual, social, emotional, and intellectual aspects. We learned a lot about  the man who started this form of yoga as well as the history of this particular retreat.  He, not surprisingly, was from India. A fair amount of elephant imagery was around the community, including 2 elephant "sentries" at the entrance to a religious temple there.

Before I had left home on Friday, I remembered a beautiful necklace that this same friend had given
me as a gift for my birthday last year. I hadn't seen it in a while because my younger son had rearranged my jewelry drawer. Before leaving for the weekend, I kept thinking about the necklace,
so I found it and put it on. 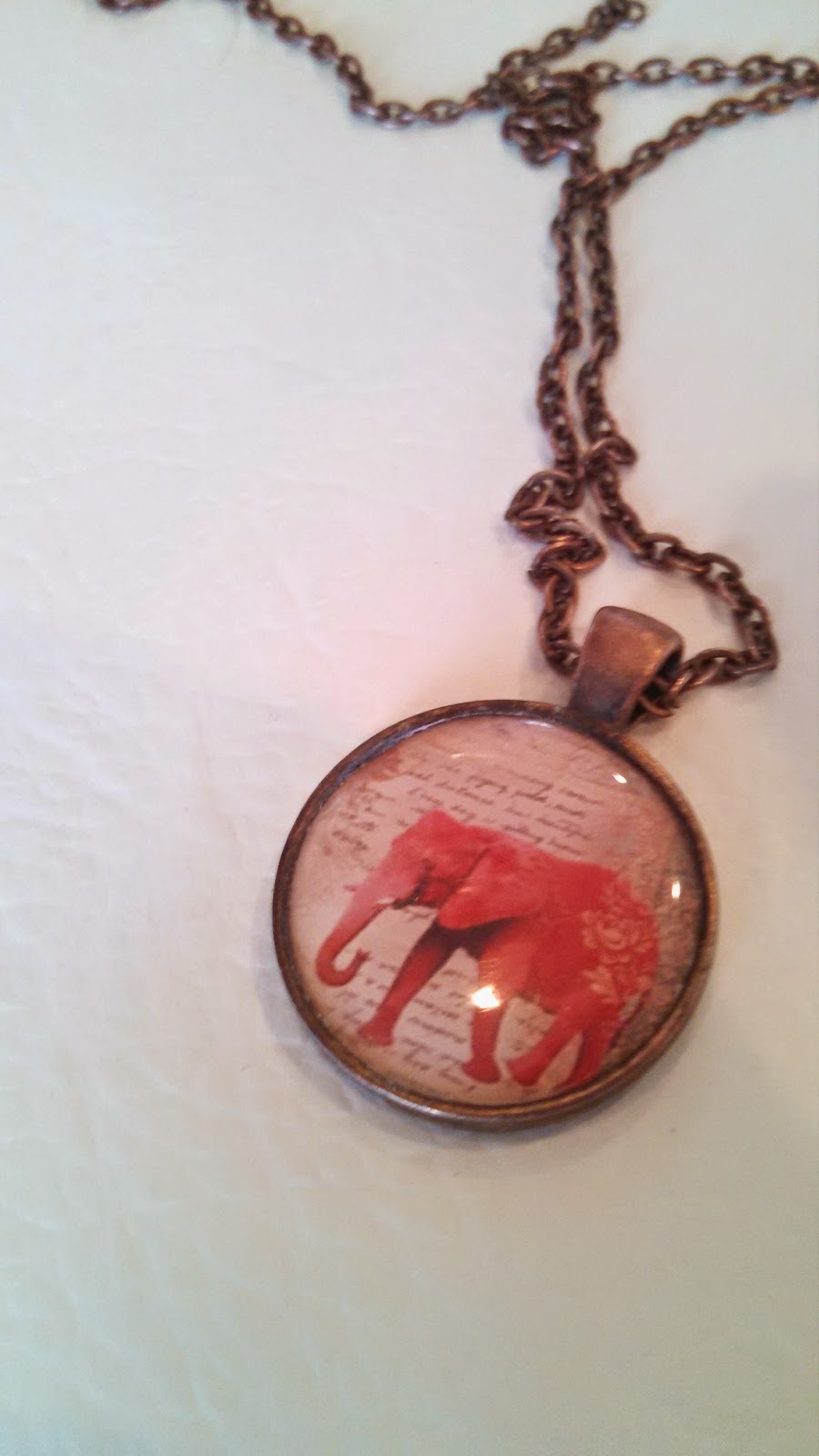 Electronic devices were discouraged at the Ashram, we were all better off to unplug for the weekend. At one point Saturday I went to the car to check my phone in case my husband had called with something about the kids. I noticed on my email that I had sold a painting on etsy.  I went to my etsy shop to see which one.  Can you guess? 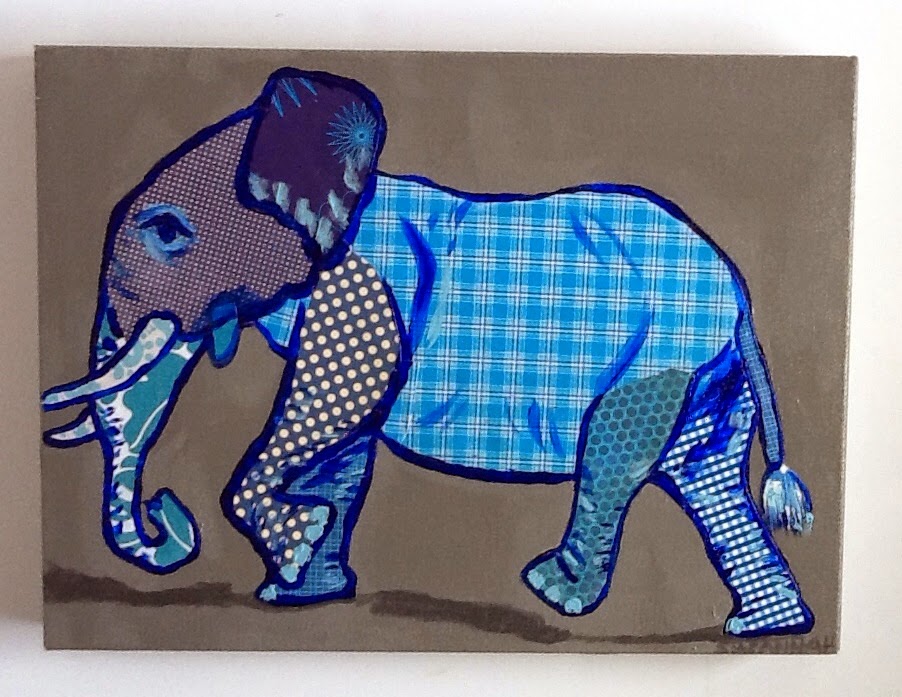 Posted by susannah at 8:34 PM No comments: Links to this post

We All Scream For Ice Cream

Blessed are those who see beautiful things in humble places where other people see nothing.
--Camille Pisarro

Today would have been my father's 79th birthday. My mother, brother, sister-in-law, and I have all called one another or texted. Dad's former law partner has called, as he does every year when he visits my dad's grave on his birthday.  My father was a larger than life guy. A successful lawyer and community member, churchgoer, taught us about saving money, investing well, studying hard, having a good reputation. He was also a fantastic storyteller and loved playing jokes on people. This is what I hold most precious, images of him telling jokes, laughing so hard he could hardly breathe, whooping it up with his men friends.  I could write a book about all the things I learned from him. One of our family traditions I have viewed in an entirely new way after becoming a mother, and thinking about him from a parent's point of view.

My dad loved loved loved ice cream, and ate it nearly every day (my boys and I inherited this gene apparently).

Several weekends a year my family would drive five hours to my grandparents' (his parents) house. By the time we were on our way back home on Sunday we were all exhausted after a weekend with my grandparents, cousins, aunt, and uncle running around the farm, staying up late, and in general, carousing the entire time we were there. We all dreaded the five hour ride home.

One time when I was about 8 and my brother 11, we were on our way, only 30 minutes into our ride, and my dad stopped the car at a High's Ice Cream.  We were surprised as we had just started our ride


back.  We went in and he insisted we all get double scoops. Then back to the car. Thirty minutes later, he stopped again. Two more scoops. On it went until we made it home after stopping 5 different times for ice cream!!

This became on ongoing practice with our family, and beware anyone who wasn't prepared. Once our cousin was coming back with us, and not properly trained. He ended up vomiting in the floorboard of the car (after only the second stop --wimp!!). Worse, as mom cleaned it up, a ruby fell out of a ring she was wearing and she had to find it in that mess.

For a long time after he died I couldn't think of a way to commemorate his birthday, then I smiled at
the awesome memory of our family tradition. Now that he's gone I maintain the tradition, sort of. I

make sure I go out for ice cream at least twice on April 4. I'm sure some of this memory keeps me

inspired. These are for you, Daddy. 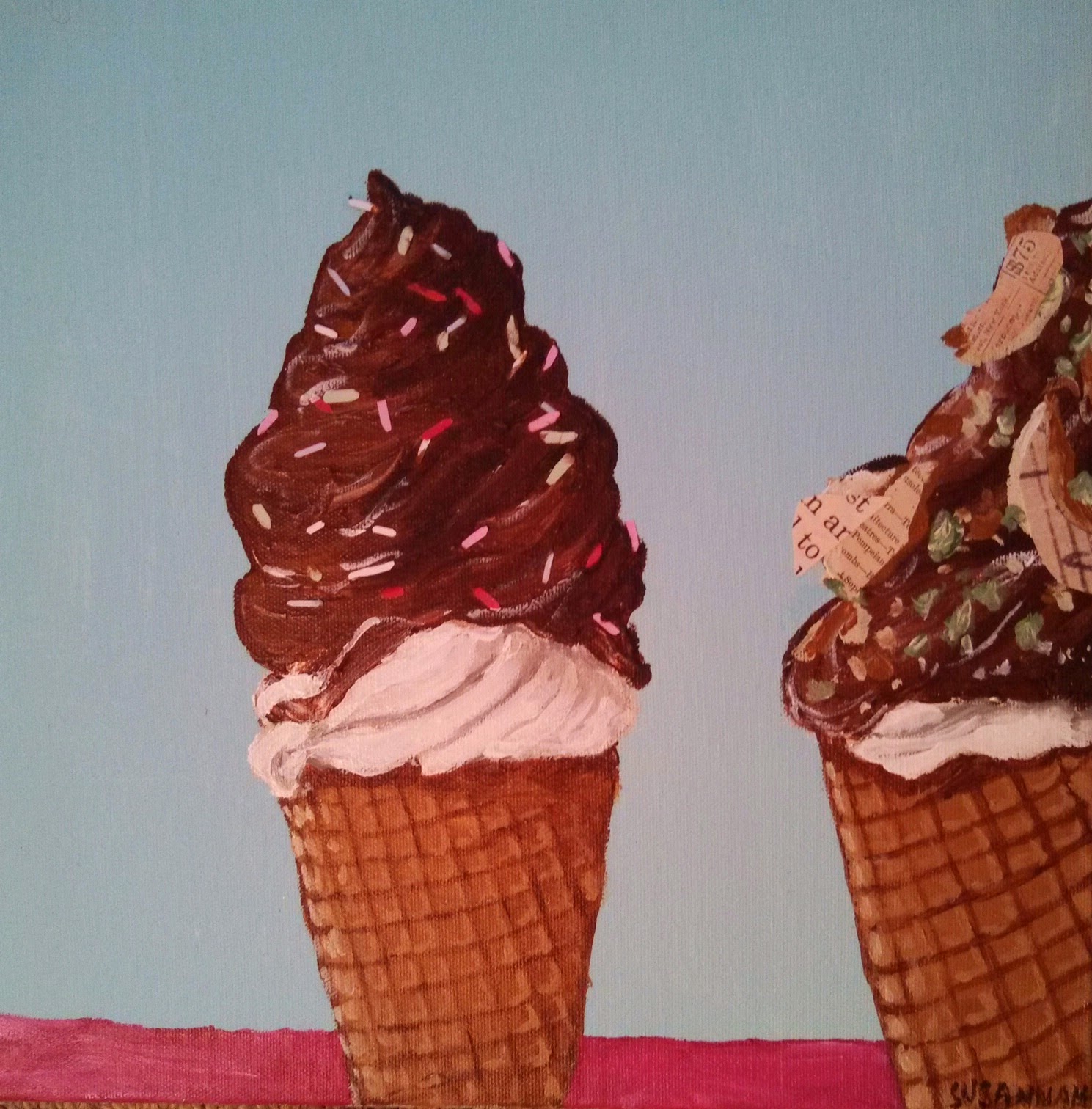 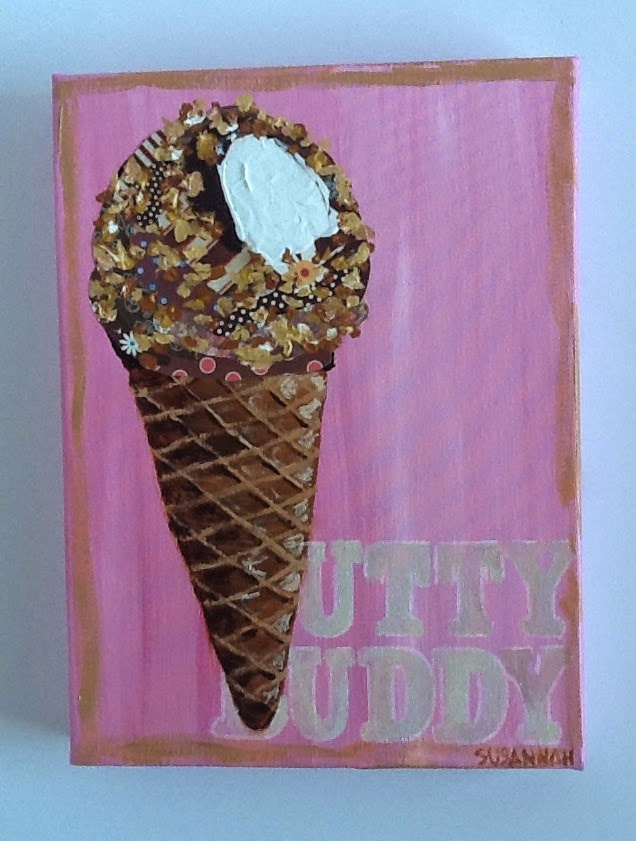 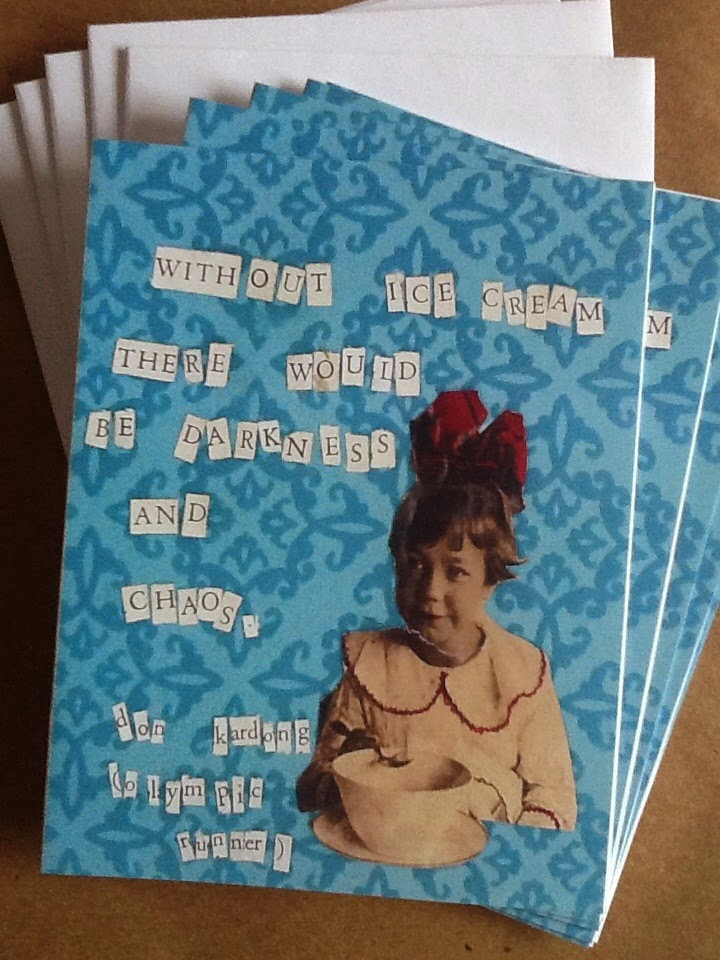 Posted by susannah at 6:49 PM No comments: Links to this post