Jack Sprat could eat no fat
His wife could eat no lean
And so betwixt the two of them
They licked the platter clean
Jack ate all the lean,
Joan ate all the fat.
The bone they picked it clean,
Then gave it to the cat
Jack Sprat was wheeling,
His wife by the ditch.
The barrow turned over,
And in she did pitch.
Says Jack, "She'll be drowned!"
But Joan did reply,
"I don't think I shall,
For the ditch is quite dry."

Whenever I see a wisteria tree I think of my husband.

There is a little spot, a block from my house, that is one of my favorite places in Richmond. My neighborhood is old, my house over 100 years, and nearby there are several very old wisteria trees -- trees, not vines. Their trunks have become large and over the last 100 years they have grown and twisted themselves around other trees, and even a telephone pole, and their branches have spread so that when they are blooming they form a blanket of flowers. For several weeks in the spring when they open the sky is filled with fat purple and lavender blooms and the air is filled with their scent. The flowers meander across other trees, hang from branches, and twist around the pole. I walk my dog through here every day, and when they are in bloom I pause underneath, look up, and feel completely enveloped in purple. I can't just leave it at purple -- it is a lilac, or hydrangea blue (which isn't really a blue), a periwinkle, a bluish-violet -- a blanket of incredible, unbelievable color.

The blooms won't last if you cut them and put them in a vase so they have to be enjoyed right there, on the spot, for the week or so that they are blossoming.

My husband is, ironically, color blind. Bless his heart.  He can't fully enjoy the color show that this tree provides.  He prefers the wisteria later in the year, in autumn, when it isn't blooming flowers anymore. He discovered something else wonderful about the trees. Again, while walking the dog, he noticed something growing on one of the limbs:  oyster mushrooms.

My husband is a huge foodie, not as in huge, but a person extremely interested in food. He couldn't believe his eyes when he saw the mushrooms, and he even consulted a local mushroom grower to make sure they were the real thing. He thought foraging would involve a deep walk in a forest, at the very least, and not be as simple as leaning in.

So he has collected, and cooked with, about 10 pounds of these morels (so far) and could not be more thrilled that they are his for the taking, and not even a step off the sidewalk.  More irony: while my "daylong obsession, joy, and torment" (Monet) is color, and he remains color blind, his main interest is food, and I have Crohn's Disease. Thus, food is more often my enemy. Thus the Jack Sprat rhyme at the top.

Anyway, I saw an image of some beautiful wisteria the other day, and the image made me happy, and will suffice until the real ones begin to bloom in a few months. And thus was born another daily painting. 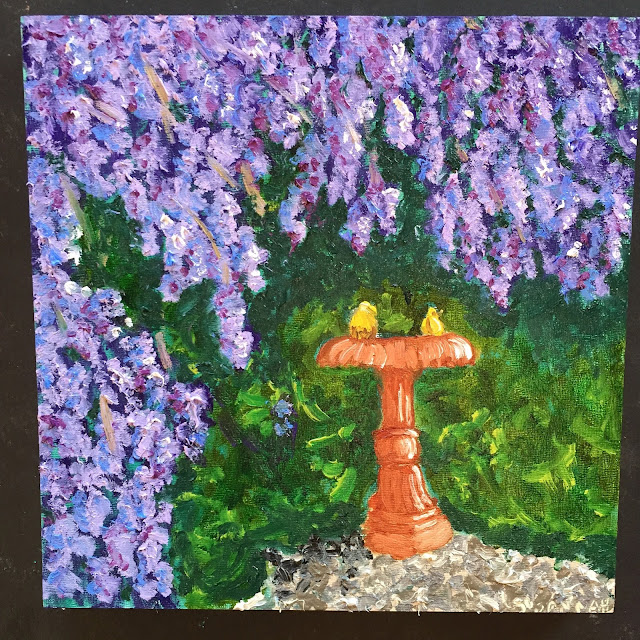 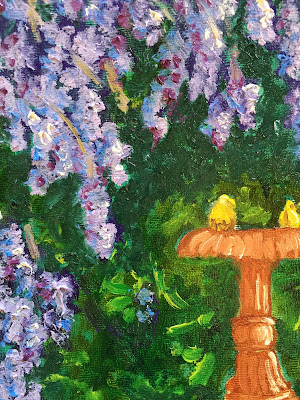 Posted by susannah at 1:07 PM No comments: Links to this post

I learn so much from the elderly women I work with. Most of them I know well enough to understand when they have gone into their imaginary worlds. There are several types of Dementia, and some of the people I see can remember very clearly the earlier parts of their lives, but just can't recall what they said to me 5 minutes ago.  I love hearing their life stories and how they grew up. One woman I've worked with for several years now has had a fairly slow decline. She was a pediatrician in her professional life, extremely intelligent.   When I first met Doc, she was always commenting and reporting on current events and when she started my art class she nearly drove herself crazy with her perfectionism.  She was always the last to leave the project, refusing to give up until she got her piece the way she wanted it.  Over time, she has eased up, gotten slower, and become much quieter.  She still occasionally gets frustrated, and usually wants to leave the class if that's the case. But she is no longer afraid of asking for help and still shows up regularly.

I found out that she didn't want to be a pediatrician. She wanted to be a veterinarian. She always loved cats, even though she tells a story from her childhood where she got caught swinging a cat by its tail and slinging it across the room. I've heard this story several times and each time she tells it she looks like she's gotten caught with her hand in the cookie jar -- naughty but amused at what she did.

Wait -- women could take care of people but not animals??

Then she told how she was accepted into 2 medical schools but she would have been the only woman, and didn't want to deal with that. Her graduating class had 9 women. She also told me that in med school, women were not allowed to go into surgery, specialized areas, or gynecology.

Anyway, she seemed to enjoy pediatrics and has told various stories about her experiences. I like the one about the girl whom Doc had treated for rheumatic fever, who came in for a follow up visit. And was 8 months pregnant. Her mother insisted that the penicillin that Doc had given her had made her daughter really bloated. That was when the daughter went into labor.

Doc never seemed angry or resentful about her limited career choices.  But maybe you don't get resentful about something that you've never had. I told her that it never crossed my mind that I couldn't choose to do whatever I wanted (unfortunately, equal pay is still an issue). And I thanked her for her part in leading the way for women today to have choices.

When you read about women's' rights in history books it's so easy to think to yourself, "oh that's too bad for them", and not always being able to relate. When I hear these stories, direct from the people who've lived them, it becomes so much more real.  There are so many rich lives and adventures to hear about -- so many who spent their entire lives in Richmond -- and helps me see a bigger picture of my world, and my city, so full of history.

That's one reason I love the old photos that I've inherited from my grandmother, and that I collect in thrift stores.  I love to imagine the lives of the people in the photos.  What are they thinking about? What did they do right after the picture was taken? What were the seminal moments in their lives?

Everybody has a story. 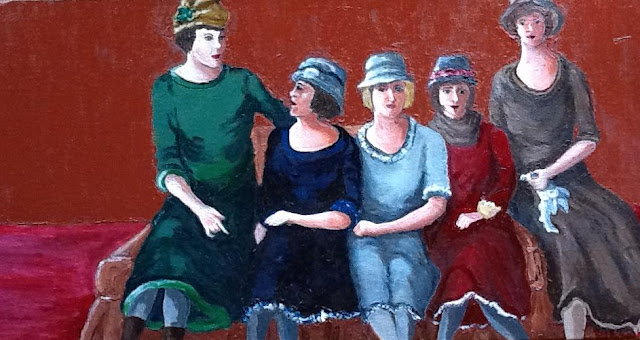 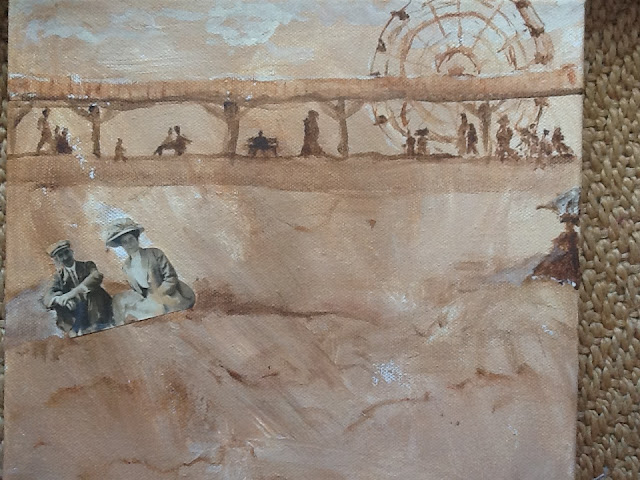 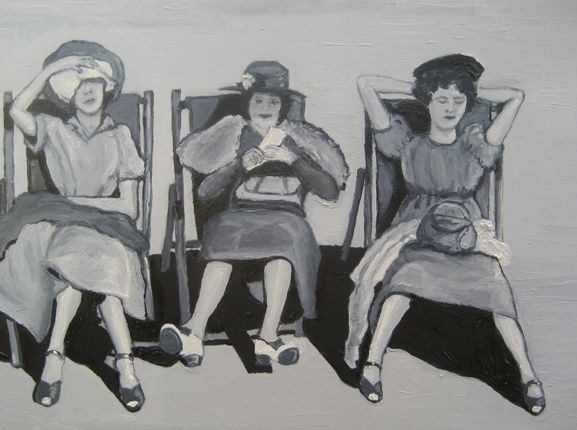 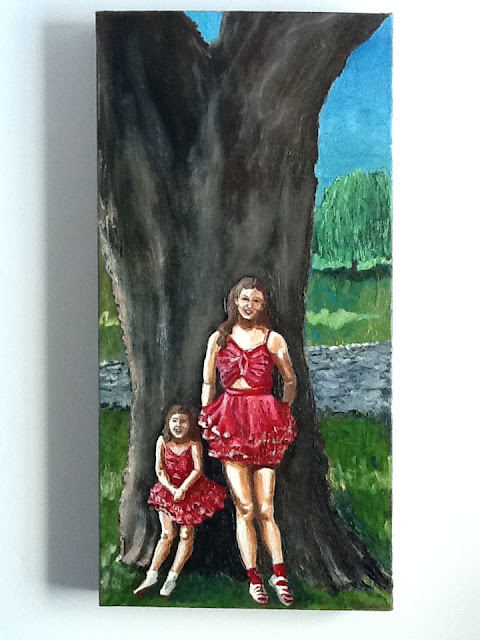 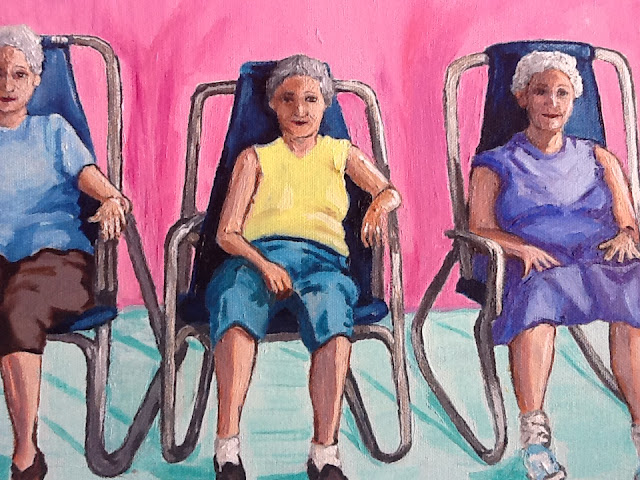 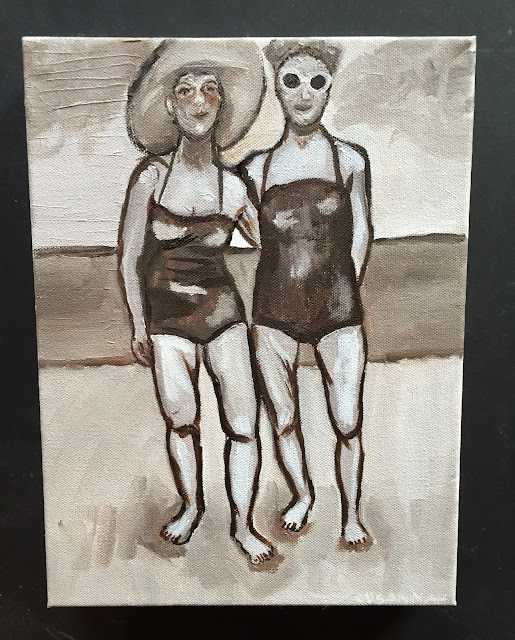 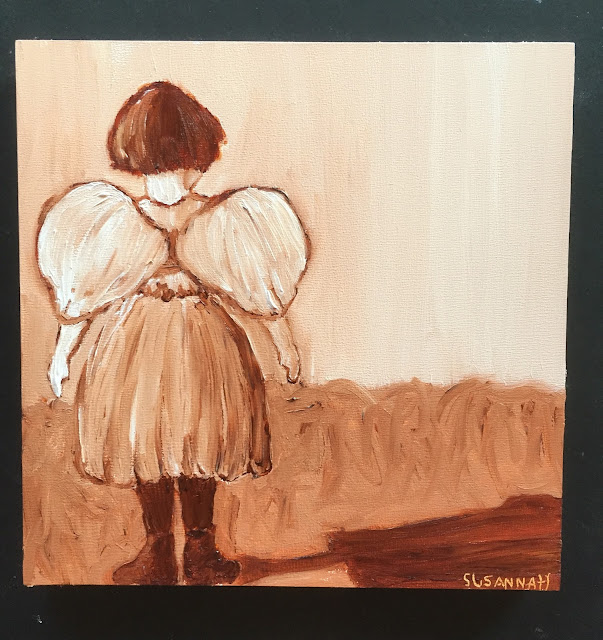 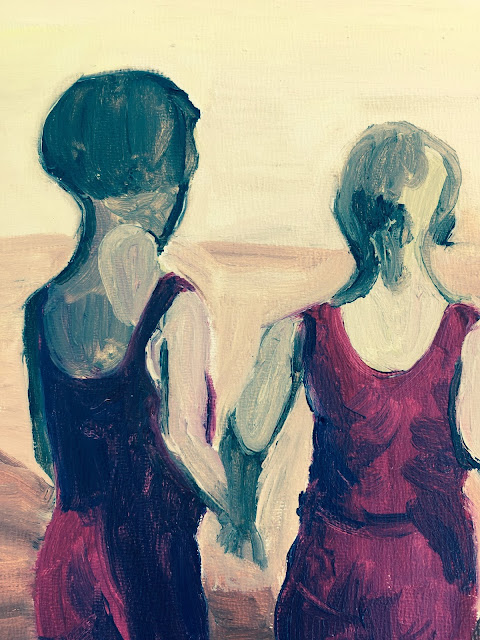